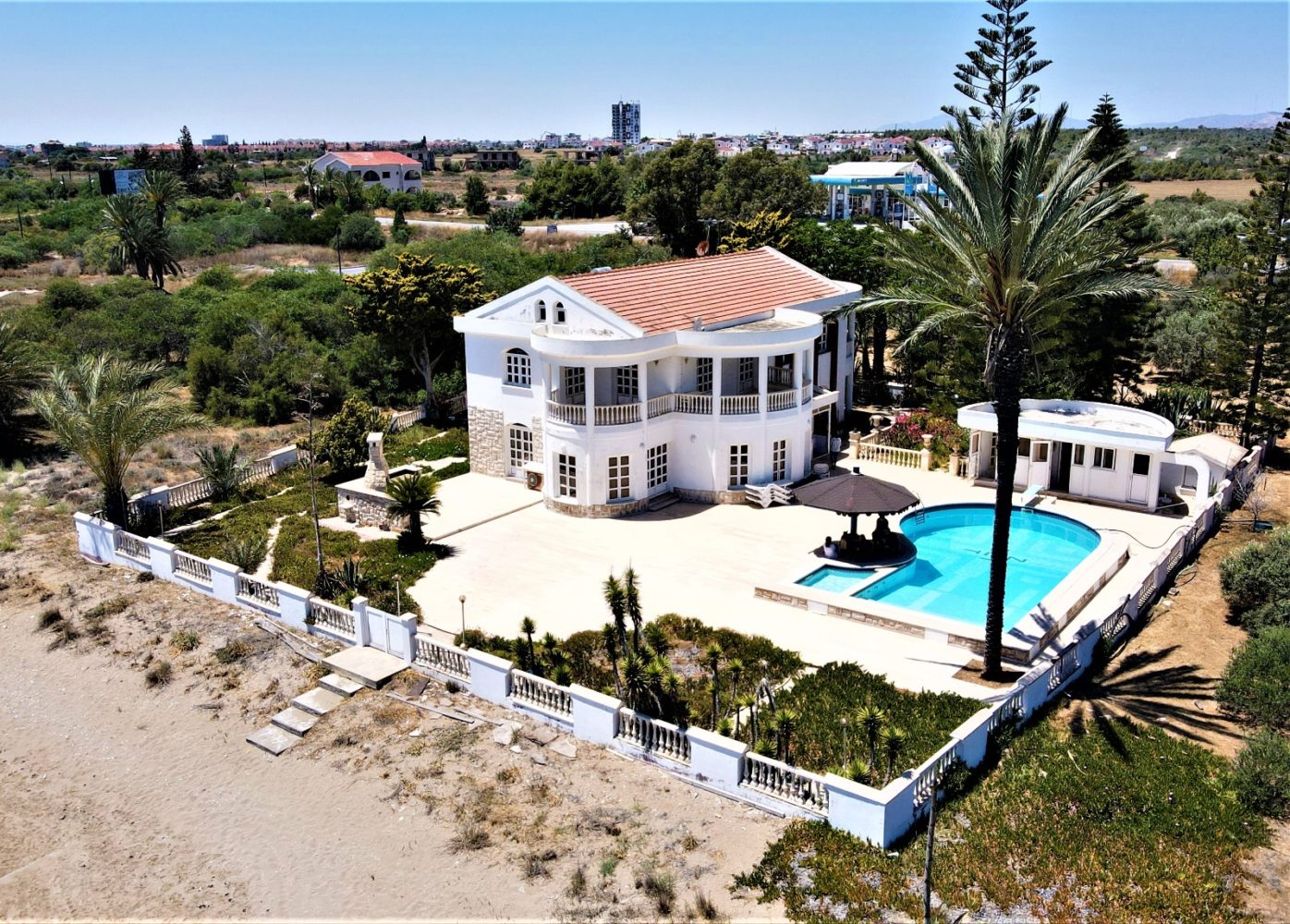 Magnificent 4+2 villa with its own private beach in Iskele Bogaz. This magnificent villa with private pool, sauna, barbecue, private garden and forest area was built on the white sand of the Mediterranean. This house, which has a magnificent sea view from the terraces and windows of the bedrooms, can be used as a holiday home or as a magnificent commercial investment. In addition to our villa with a private land of 1524 m2, it also has an additional land of 4014 m2 leased from the state.

This house, which is 5 minutes’ drive from the magnificent fish restaurants of the Bogaz region, 1 minute from the supermarket and 5 minutes from the social areas, draws attention with its own private pool. Our house, furnished with natural marbles, has two living rooms and a main room with an en-suite bathroom.

Located on the Famagusta-Karpaz road and known as “Bogazé”, the region is the center of attention of tourists with its many touristic facilities and fish restaurants. The Haravdi beach on the Bogaz is used as a public beach. Iskele is the largest settlement between Famagusta and Karpaz. The region where villages such as Bafra, Mehmetçik, Dipkarpaz and Yeni Erenköy are located is also home to the Karpaz donkeys, which are the symbol of Cyprus. This region, which has untouched beaches such as Bafra and Altınkumsal, attracts those who seek peace and tranquility with its natural and historical beauties.